Get Ready to Shift Gears for Greater Success!

Top leaders who have experienced disruptions in their business and lives will share with you how they have 'shifted' and made their organizations and countless lives better. You will get life-changing takeaways from over 10 great leaders!

Shift Gears for Success with these Amazing Speakers (Broadcast) 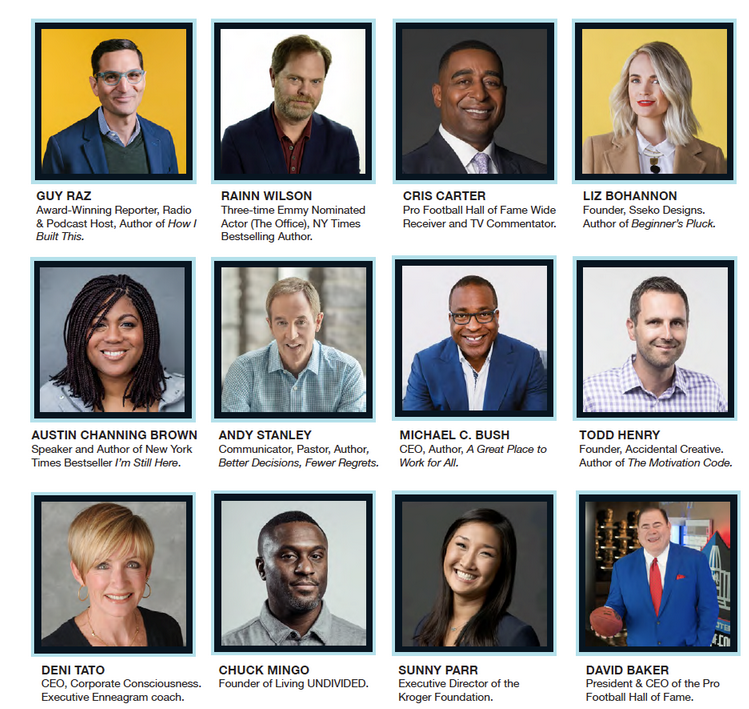 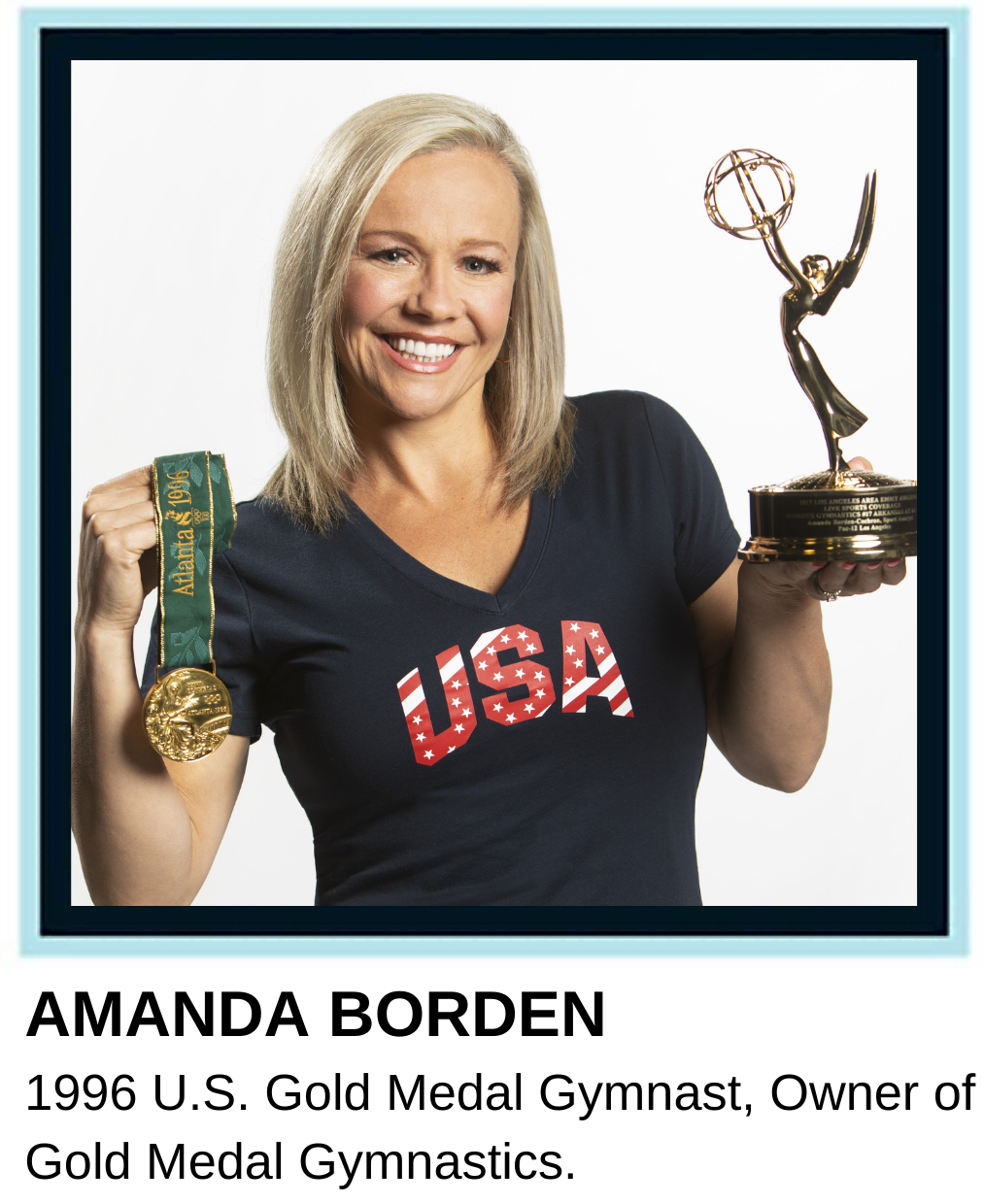 Amanda was captain of the U.S. Olympic Gymnastics Team, The Magnificent Seven, which took home the gold medal at the 1996 Olympic Games in Atlanta. Along with their gold, they made history by becoming the first U.S. Women's Gymnastics team ever to win an Olympic games. After winning the gold, Amanda appeared in numerous national tours and television appearances, and was featured on the Wheaties Cereal Box. She is a member of the US Olympic Hall of Fame and the USA Gymnastics Hall of Fame. For over 20 years, she has served as a gymnastics and cheerleading commentator for CBS Sports, NBC, ESPN, and the Pac-12 Network. Most recently, she won an Emmy Award for her coverage and color commentary of NCAA gymnastics for the PAC-12 network. Amanda continues to inspire as a motivational speaker on leadership for Corporations, Churches, and Youth Groups. She opened her first business in 2004, Gold Medal Gymnastics, now with two locations serving thousands of families in the local communities. She is married with 3 children and currently resides in Chandler, AZ. 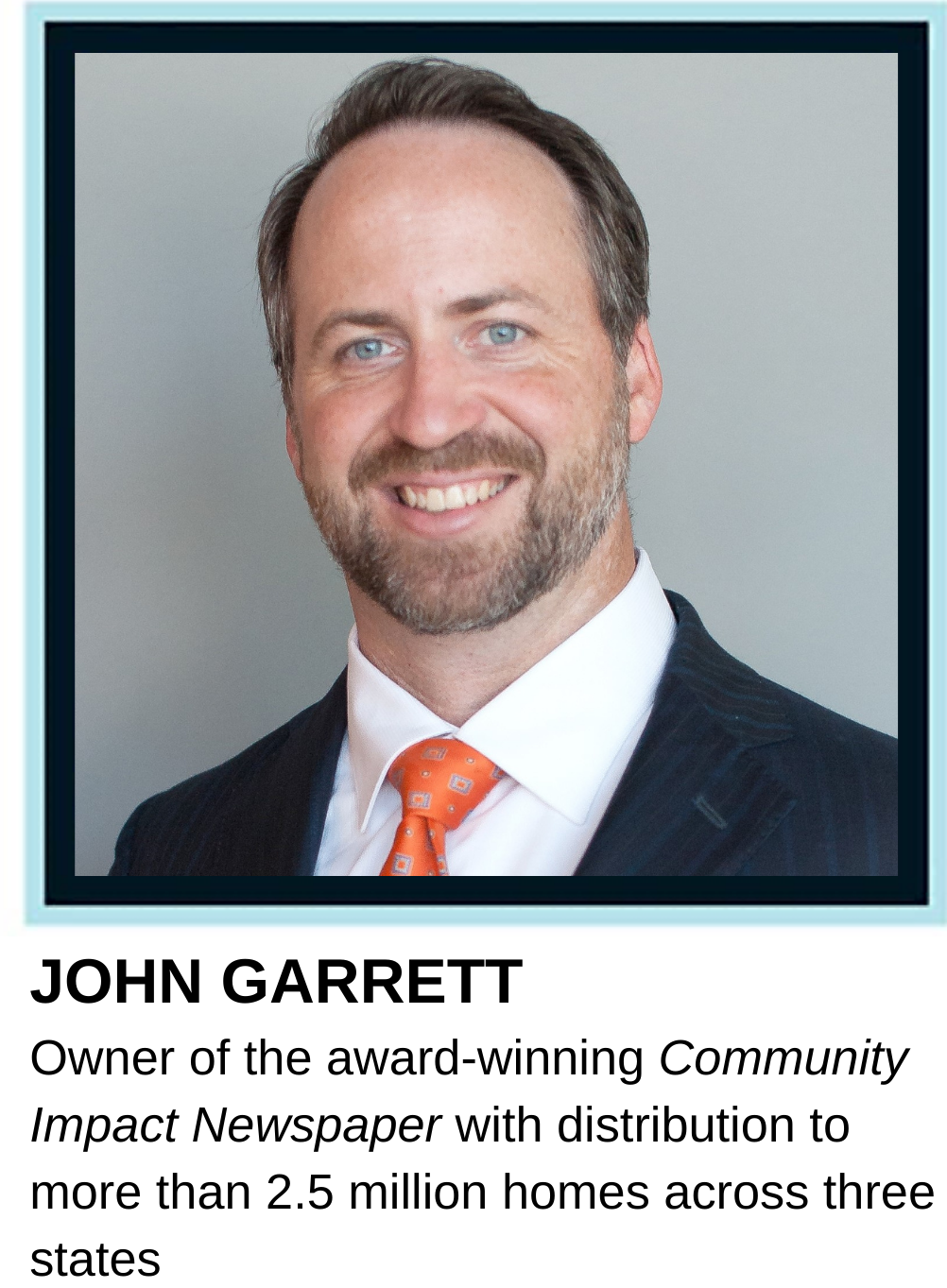 After spending the beginning of his career in the newspaper business at the Houston Chronicle and the Austin Business Journal, John Garrett launched the first edition of Community Impact Newspaper in 2005 with from the game room of their home with his wife Jennifer and three full-time employees covering the Round Rock and Pflugerville edition near Austin, Texas. Today, the award-winning Community Impact Newspaper has more than 180 employees and 33 hyperlocal editions of the newspaper across Texas, Arizona, and Tennessee and is delivered to more than 2.5 million homes. Additionally, the Garretts opened up a state-of-the-art printing facility in Pflugerville in 2016. John has been honored with the Lifetime Achievement Award from the nonprofit RecognizeGood for ethics in business and community and has been named Austin?s Best Small Business CEO by the Austin Business Journal. In 2005, John used a $39,000 line of credit from his Southwest Airlines credit card to launch CI from the game room of his home. The newspaper started with 60,000 circulation and was cash flow positive in its? second month. Today, the combined revenues of the companies they manage exceed $30 million and the newspaper is delivered to more than 2.5 million homes.

Continuing education credits will be available upon attendance, Leadercast will provide details within six weeks of receiving the completed application. The application is available beginning 8/11/21.

Technology Failure: The Gilbert Chamber of Commerce is not responsible for any internet connection failure due to issues with the host locations ISP (Internet Service Provider), any interruption(s) due to fiber cuts or any other physical damage on the "last mile" connection (the connection from the telecommunications demarc to HOST's on premise wiring), any on-site malfunctioning of equipment (including, but not limited to, routers/firewalls, cabling, computer equipment, servers, etc.), or signal interruption(s) due to acts of God, power failure or any other cause beyond reasonable control. Leadercast is a simulcast and all tickets are non-refundable.

This event is planned as an in-person event. A virtual option is available.

Virtual-Only
Ticket holders will receive access to pre-recorded national Leadercast content for a broadcast window of 36 hours beginning at 7 AM on the date of your choosing. The selected 36-hour broadcast window date can be anytime between October 25 and December 31, 2021

Includes continental breakfast, snacks, lunch, and live speakers. Only electronic journal will be provided after 10/1/21.

Ticket holders will receive access to pre-recorded national Leadercast content for a broadcast window of 36 hours beginning at 7 AM on the date of your choosing. The selected 36-hour broadcast window date can be anytime between October 25 and December 31, 2021. Here's what you need to know:

Sponsorship Opportunities:
Title Sponsor: $2,500
Tier I: $1,000
Tier II: $750
Tier III: $500
All sponsorships include booth space: 6' draped table, signage at event, and networking and distribution access to all participants by way of expo. Download this flyer to view a complete list of sponsor benefits.