Rick Wade, Senior Vice President, Strategic Alliances and Outreach, of the U.S. Chamber will present on the four priorities of the U.S. Chamber’s Equality of Opportunity initiative, and will share activities and efforts in which communities like Gilbert are putting action behind these priorities.

Time will be provided for Q&A and exploration of ideas to benefit Gilbert’s Business Community.

THE OPPORTUNITY GAPS
In order to drive meaningful, measurable impact, we must listen, learn, and lead. In June 2020, the US Chamber of Commerce released America's Opportunity Gaps: By the Numbers, a research compilation to help quantify the racial divides in key areas and explore some of the contributing factors. The findings inform our work as we pursue targeted, data-driven, and sustainable policy and private sector solutions through our Equality of Opportunity Agenda.

EMPLOYMENT
The unemployment rate is historically about twice as high for Black Americans as white Americans, and today, less than half of Black adults have a job – trends that have been exacerbated by the pandemic and corresponding economic fallout, according to recent analysis.

EDUCATION
All other factors held equal, the gap in educational opportunities and achievement between Black Americans and other groups is substantial. While Black Americans are catching up to white Americans in terms of high school graduation and college enrollment, there has been less progress in closing degree attainment and skill acquisition gaps. In 2019, for example, 29% of the Black American population aged 25 to 29 held a bachelor’s degree or higher, compared to 45% of the white population in the same age range. 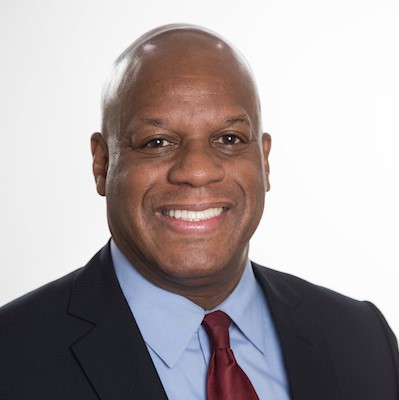 Rick C. Wade is senior vice president of Strategic Alliances and Outreach at the U.S. Chamber of Commerce. Wade develops and implements programs and initiatives to help the Chamber create new business relationships and partnerships across diverse audiences. He also provides counsel on policy issues and leads special projects. Wade’s wealth of knowledge and experience in both the public and private sectors enable him to give a megaphone to the voice of business across the country and share the positive impacts of the free enterprise system.

Before joining the Chamber, Wade was principal of The Wade Group, a strategic communications and global business development firm, and was a partner at Harves Investment Group, a consultancy that facilitated foreign direct investment into the U.S.

Previously, Wade was a senior adviser and deputy chief of staff to former Secretary of Commerce Gary Locke where he was a liaison to the White House, businesses, trade associations, civic organizations, and local governments. He was a member of the White House task forces on Puerto Rico, Small Business Contracting, Automobile Recovery, Military Families, and Historically Black Colleges & Universities. He also served on the Interagency Business Council and former Vice President Joe Biden’s Task Force on Middle Class America and worked with the White House on implementing the American Recovery and Reinvestment Act.

Wade also worked with Commerce’s Economic Development Administration to foster regional economic development in distressed areas, the National Telecommunications and Information Administration on expanding broadband to rural and urban America, the Minority Business Development Agency to create jobs through the growth of minority-owned businesses, and the Census Bureau on executing the 2010 decennial census.

In addition, Wade was instrumental in expanding opportunities for U.S. companies to sell their products in the global market. He represented the U.S. at international trade forums including the U.S.-China Joint Commission on Commerce and Trade, the Asian-Pacific Economic Cooperation, the African Growth and Opportunity Act Forum, and the Conference on the Caribbean and Central America. He served as special envoy to the Caribbean, oversaw private sector initiatives in Haiti following the 2010 devastating earthquake, and led trade missions around the world.

He was a senior adviser to the 2008 Obama for America campaign and is a member of the Democratic National Committee. He was an executive at Hoffman-La Roche and Blue Cross Blue Shield of South Carolina. He also had experience at the South Carolina House of Representatives, the Cabinet of the Governor, and the Office of the President at the University of South Carolina.

Wade received his B.S. from the University of South Carolina and an M.P.A. from Harvard University. He was awarded honorary doctorates from Benedict College and South Carolina State University and has received numerous awards for exemplary leadership and public service.