Vince Clark, chair of the University’s Board of Trustees, said, “The Board unanimously approved Shane’s appointment to lead Park University into the future. Park’s presidential search process was very thorough and brought forth many highly qualified candidates. Shane distinguished himself as the interim president with his deep understanding of Park’s culture, challenges and opportunities for growth. He embodies the temperament, skills and focus to chart the path forward for Park’s continued success and future.”

Prior to his appointment as president, Smeed had served as the University’s interim president since late November 2020, Before his recent role, Smeed served as Park’s vice president and chief operating officer since September 2015, providing strategic and tactical leadership to more than half of the University’s staff in the areas of enrollment management, student success, financial aid services, marketing, student engagement, athletics and campus center operations. In all, Smeed has 23 years of progressive experience in higher education.

“I am honored and humbled to be chosen to serve as president of a special University that has been transforming students’ lives since 1875,” Smeed said. “I look forward to collaborating with Park colleagues and the Board of Trustees in positioning the University for future success, and to celebrate Park’s 150th anniversary in 2025.”

Smeed maintains a strong commitment to a “Park United” and leading a University that celebrates diversity, serving a growing student body and earning recognition from its faculty and staff as an employer of choice. Smeed believes that Park’s motto, Fides et Labor (Latin for faith and work), can inspire students, faculty and staff to achieve all their goals.

Smeed has held volunteer leadership and board roles with several Kansas City area organizations, including Synergy Services in Parkville, the Command and General Staff College Foundation at Fort Leavenworth, Kan., the Planning and Zoning Commission for the City of Parkville, Mo., and his church.

Smeed and his wife, Angela, who owns and operates Angela Smeed Design LLC, have three children: Samantha, 19; Andrew, 17; and Landon, 12.

Founded in 1875 in Parkville, Mo., a suburb of Kansas City, Park University is a nonprofit, private institution that is a national leader in higher education. In 2000, Park achieved university status and currently serves more than 13,250 students at 41 campuses in 22 states and online, including Parkville, Independence and Kansas City, Mo.; Lenexa, Kan.; Gilbert, Ariz.; Barstow and Victorville, Calif.; Columbus, Ohio; Austin and El Paso, Texas; and 31 military installations across the country. www.park.edu 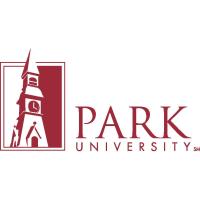