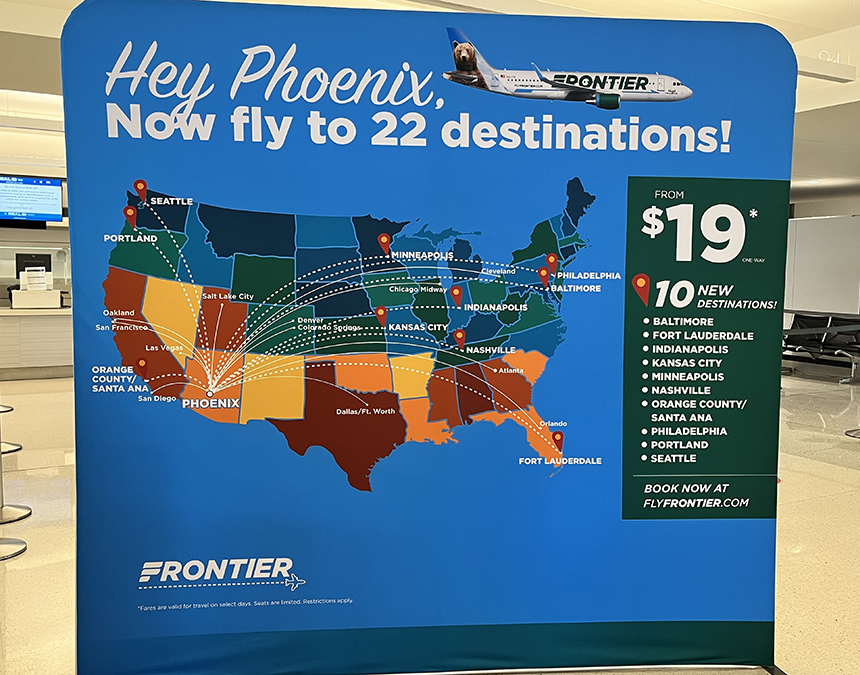 Frontier’s continued growth at PHX will be supported through the planned November opening of a new crew base, which is expected to initially employ up to 180 pilots and 275 flight attendants.

“Frontier Airlines is quickly advancing in Phoenix, and these ten new routes mark the growth of business and leisure travelers choosing our great city as a destination,” said Phoenix Mayor Kate Gallego. “We are grateful for the commitment that Frontier has made with its crew base and the employment opportunities it provides. More people will discover why Phoenix is a great vacation destination, business hub, and place to call home.”

Frontier operates the largest A320neo fleet with an average fleet age of four years. The aircraft have ultra-efficient engines as well as lightweight comfortable seats. Frontier is 43% more fuel efficient than other airlines.


**Service will be offered less frequently through mid-February and then offered as reflected in the grid above starting the week of Feb. 19, 2023.

For more information on all the places you can travel from America’s Friendliest Airport®, please visit https://www.skyharbor.com/flights/WhereWeFly

Frontier Airline’s flights can be booked online at www.flyfrontier.com or by telephone 1‐602-333-5925.

Quotes from Phoenix City Council
“Frontier’s commitment to both building a crew base and adding new routes demonstrates the strength of the Phoenix market. The addition of these routes will allow Phoenicians more options when it comes to air travel.”
Councilwoman Ann O’Brien, District 1


“This is exciting news and provides even more options for passengers traveling to and from Phoenix, and also comes just in time for the holiday travel season. Additionally, Frontier Airlines commitment to expand its operation here in the Valley means more jobs and economic growth.”
Councilman Sal DiCiccio, District 6


“The addition of these new flights by Frontier is a win for our residents in multiple ways: they win when there are more choices to get where they want to go, making it easier to connect with family and friends; they win because more flights means more competition and better prices on travel; and they win when we add well-paying jobs right here in our community.”
Councilmember Carlos Garcia, District 8

Phoenix Sky Harbor International Airport, America’s Friendliest Airport®, has an annual economic impact of more than $38 billion. Before the COVID-19 pandemic, approximately 1,200 aircraft and more than 125,000 passengers arrived at and departed from Sky Harbor every day. PHX Sky Harbor is funded with airport revenue. No tax dollars are used to support the airport. 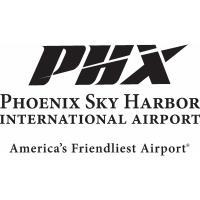